Texas Hunt Lodge allows the opportunity to hunt and harvest the Rare Barasingha Deer, and a Big Trophy at that. Each Year, from June to December, we offer hunts for awesome Trophy Barasingha Deer. There are no seasonal restrictions on hunting the Barasingha Deer in Texas, which makes it a suitable trophy most of year, when hard-antlered.

We typically let our hunters choose the method of hunting Trophy Barasingha Deer that they prefer. Hunters of Trophy Barasingha Deer can choose the Spot and Stalk method, Bow Hunting, Rifle Hunting, Black Powder, Safari Style Hunting, Handgun, as well as hunting from a Blind. We can accommodate hunters of any age and experience level, as well as hunters which have physical disabilities or may be confined to a wheelchair.

The Barasingha we hunt are some of the largest Barasingha Deer in the World. You can expect Gold Medal Class Buck with a minimum of 6x6 Racks and many potential World Record Barasingha Deer with even larger antlers. We also provide the US Fish and Wildlife CITIES permits required to harvest and export the Barasingha Deer Trophy.

Barasingha Deer, Swamp Deer, or Barasinga (Rucervus duvaucelii)is an endangered species of deer native to India and Nepal. The species nearly went extinct in 1970 when their population reached an all time low of only 66 deer.

Barasingha were brought to Texas almost 100 years ago for sport hunting, and today is it National Law that 10% of the trophy fees for hunting the Barasinga Deer must be sent to India for the preservation of the species in it's original habitat.  Native to India and Nepal, where there are three subspecies, two of which inhabit dry, hard ground while the third has adapted to marshy habitat.

The Barasingha Deer stand around 44-46 inches at the shoulder and weigh 350-400 pounds, with females considerably smaller.  The Barasingha deer has a golden brown summer coat with a dark dorsal line.  In India, they develop spots as well.  The winter coat is a coarser dull grayish-brown with lighter underparts, and the males grow a prominent neck ruff. 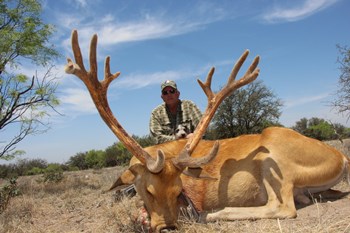 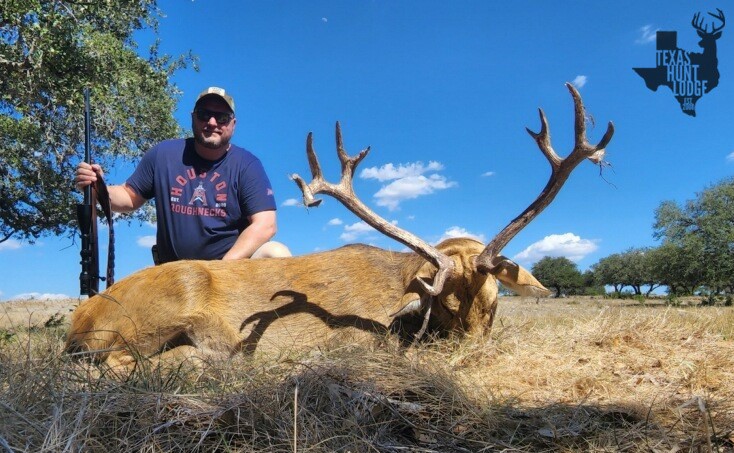 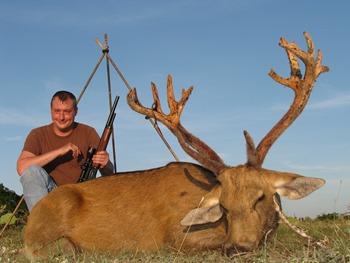 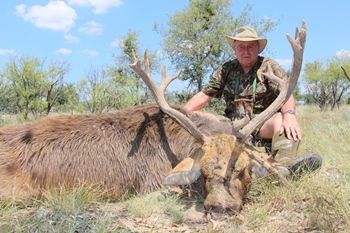 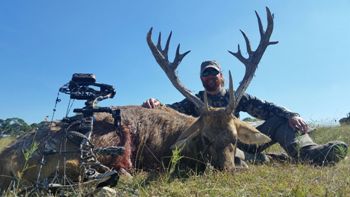 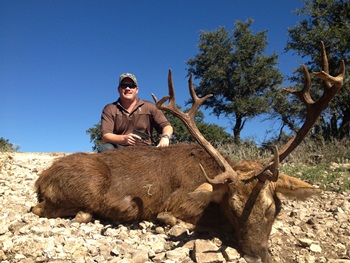 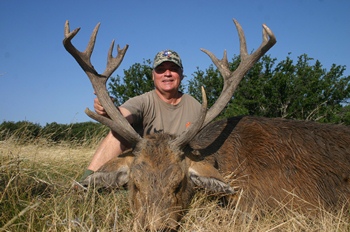 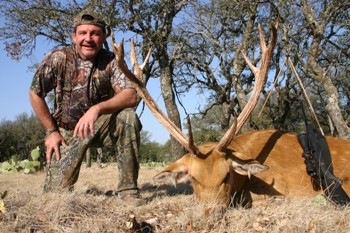 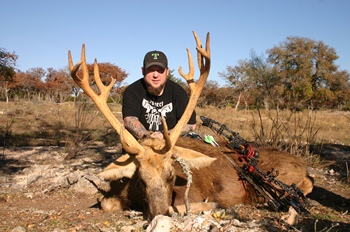 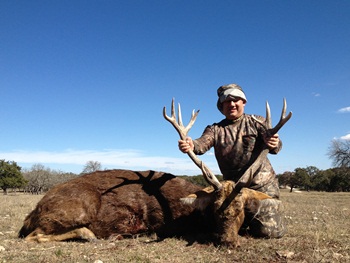 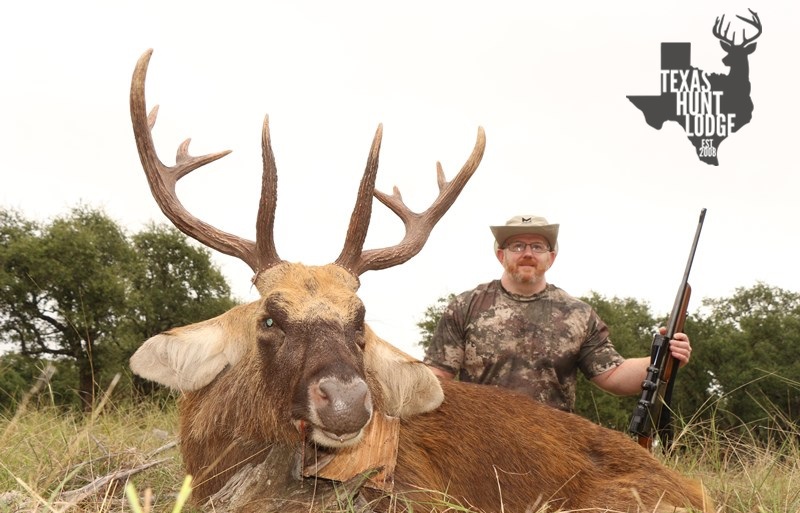 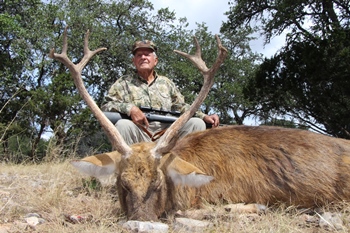 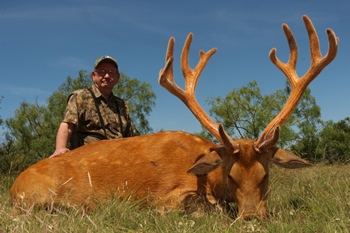 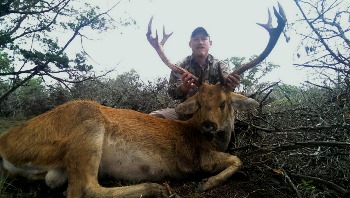 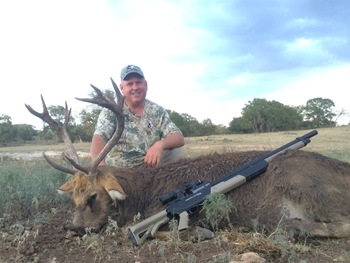 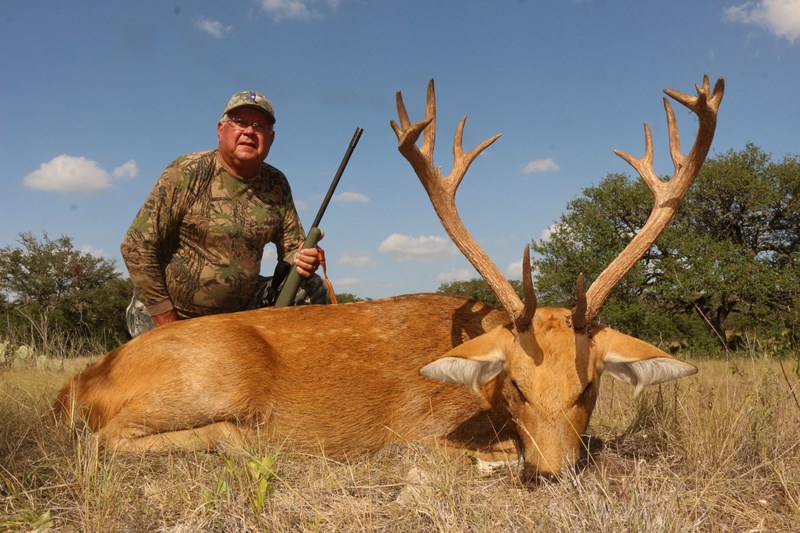