Texas Hunt Lodge will you put you on a World Record Class Armenian Mouflon Ram you'll want to hang on your wall and enjoy for years to come. We have the very best selection of Armenian Mouflon Sheep to be found anywhere in the western hemisphere...many in the top 10 in the World. There are no seasonal restrictions on hunting the Armenian Mouflon Sheep in Texas, which makes it a suitable trophy year round.

We typically let our hunters choose the method of hunting Trophy Mouflon Ram that they prefer. Hunters of Trophy Mouflon Sheep can choose the Spot and Stalk method, Bow Hunting, Rifle Hunting, Black Powder, Safari Style Hunting, Handgun, as well as hunting from a Blind. We can accommodate hunters of any age and experience level, as well as hunters which have physical disabilities or may be confined to a wheelchair.

The Armenian Mouflon (Ovis gmelini gmelini), also called the Anatolian Mouflon and Gmelin Sheep, is native to eastern Turkey, northeastern Iraq, northwestern Iran and a small area in Armenia. Regarded by many authorities as the probable ancestor of the European mouflon and the domestic sheep, the Armenian Mouflon Sheep has been introduced on private properties in many parts of the world.

At Texas Hunt Lodge you can hunt European and Armenian Mouflon, as well as any or all of the exotic Corsican Sheep and Urial Sheep. 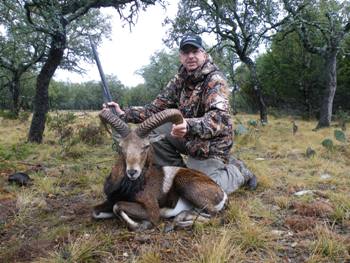 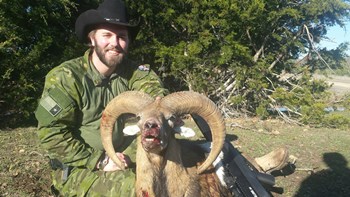 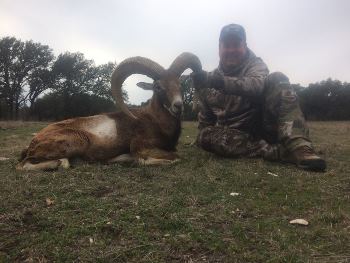 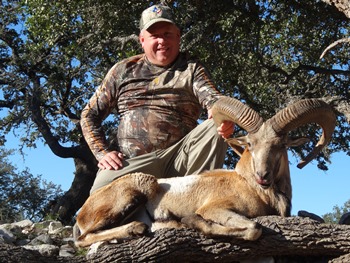 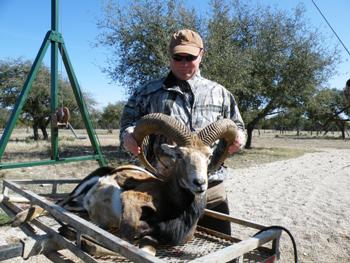 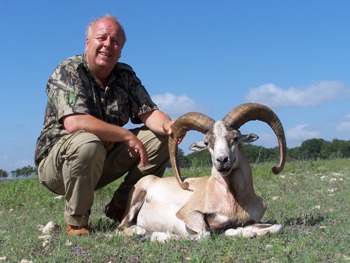