The Hunting product that we offer to our clients is Unparalleled, even for Africa Safari standards.

We specialize in Trophy Animals, including many World Records, over 300 taken from 2008 to Present.

We have over 80 species of wild game which we offer to hunters...from World Record Scoring Exotics, to Trophy Axis Deer, Monster Red Stag, 400” Plus Elk Bulls, Trophy Fallow Deer, Blackbuck Antelope, Nubian Ibex, South Texas Whitetail, and Aoudad Sheep, we have the Wild Game Hunt that you want.

All hunts with Texas Hunt Lodge are fully guided and we hunt these game animals by way of spot and stalk, safari style or still hunting. The hunts are fair-chase on our network of large ranches in the Texas Hill Country. All Methods of Hunting are available: Rifle, Bow, Handgun, Crossbow, Air-Gun or Black powder is welcomed.

The Texas Hunt Lodge was founded by the Bulkley Family in 2008 at their family estate just outside of Kerrville, TX on Hwy 39. Located on the Guadalupe River, the actual Texas Hunt Lodge, was originally a group of 5 apartments built in the 1950's…today we have over 10,000 sq ft of Lodging,  now recently been completely renovated into a very unique Bed and Breakfast style Hunt Lodge with 8 private suites for accommodations, a dining room, 2000 sq ft Bar with a 70 inch LCD TV, Kitchen, game room, office, and more. We also have (3) 500 square foot Cabins that can sleep additional hunters or guests and also have full bath, DirecTV, etc.

With the Guadalupe River just in front of the property of Texas Hunt Lodge, patrons can fish, swim, canoe, kayak, BBQ, and more at their leisure. This is the theme behind the idea used by owner, Aaron Bulkley, when opening Texas Hunt Lodge. "I've been on many fully guided and semi-guided Hunting trips, and you typically stay out in a cabin with no electricity about 50 miles from the closest town...after a day of hunting, there never really was anything to do but sit around and play cards if you had someone with you...My idea is to provide excellent year-round hunting opportunities (no season on Exotics), Bed and Breakfast-Style accommodations, and plenty of activities (canoe, fish, kayak, hike) for hunters to do when they're not out looking for wild game."

TexasHuntLodge.com prides itself on hunters success. With no seasonal restrictions on Exotics in Texas, from Trophy Axis Deer, American Buffalo, Blackbuck Antelope, Zebra, Fallow Deer, and more, Texas Hunt Lodge Guides will put you on the game animal that you're looking for any time of year. We have access to over 100,000 acres of multiple Hill Country Ranches that host only the best of Exotic Trophy Game year round. Most of our hunts are not that difficult...we call it Safari Hunting, but if you like a good challenge, Bow Hunting and other forms of Wild Game Hunting are available as well. We also, of course, do offer Trophy Whitetail Hunting...we scout Trophy Whitetail Bucks year round with the landowners, and we'll put you on the buck you want whether it's a 225" Deer, or a management buck and doe.

Texas Hunt Lodge has been awarded "Outfitter of the Year" by Trophy Game Records of the World for the past 10 years (2009-2019) for harvesting over 1000 trophies which scored in the top 5 in the World in 10 years’ time.

Aaron won Trophy Game Records' "Guide of the Year" for 2009-2010, is also a Master Measurer for Safari Club International (SCI), and will score your Trophy animals per request for submission to the Record Book and Annual Trophy Game Awards.

Justin Taylor - Justin has been guiding hunts full-time with Texas Hunt Lodge since 2009.  Justin went to school in San Antonio and joined the US Marine Corps after High School.  Justin has been involved in the Hunting Industry in Texas for over 20 years.  He is one of the most experienced guides in the country as he has guided over 100 species world wide and well over 4000 hunts.  Justin has been awarded "Guide of the Year" numerous times by Trophy Game Records of the World.  Justin resides in Kerrville, TX.

Jordan Anders - Jordan manages the day to day operations of Texas Hunt Lodge as well as coordinates taxidermy details with Wildlife Market Taxidermy, our resident taxidermy studio.  Jordan will be the person you speak with when booking a hunt in most cases.   Jordan graduated from from Schreiner University in 2008 where he played baseball and received his BBA in MIS.  Jordan began working at Texas Hunt Lodge in 2010, and lives in Kerrville, Tx with his wife and (3) boys.

Richard and Lisa Land - Richard and Lisa have been a part of Texas Hunt Lodge since 2009.  Former owners of the Dam Store in Ingram, TX, they have been the primary team that takes care of cooking for clients, and cleaning the Lodge.  They have 4 daughters and 4 grand children, and now reside in Hunt, TX.

Wikus Stemmett - Wikus is the head guide at Africa Hunt Lodge, and assists seasonally at the Texas Hunt Lodge.  Wikus has been a professional hunter for over 20 years, and was the 2017 and 2018 recipient of "Guide of the Year" by Trophy Game Records of the World.  Wikus and his (2) kids reside in Thabazambi, South Africa.

Jake Jones - Jake is the new guy on the block at Texas Hunt Lodge, but just as experienced and knowledgeable as any top guide in the US.  Jake has been around hunting, meat processing, exotic breeding his entire life growing up on a ranch near the divide in Mountain Home, TX. 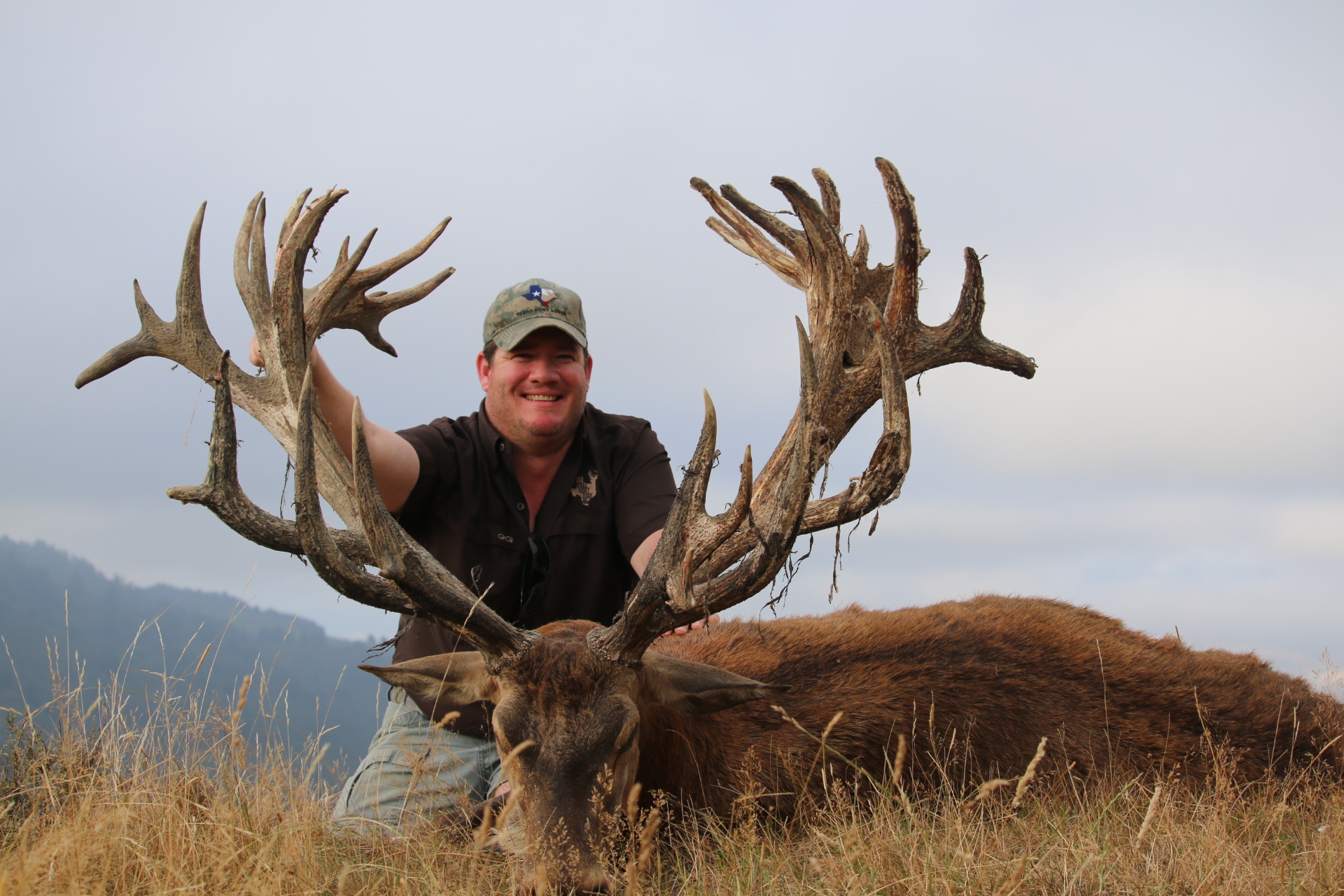