Texas Hunt Lodge will you put you on a World Record Class Afghan Urial that will be in the record books for years to come. We have the very best selection of Afghan Urial to be found anywhere in the world...in fact, we have the new World Record taken in February 2010. There are no seasonal restrictions on hunting the Afghan Urial in Texas, which makes it a suitable trophy year round.

We typically let our hunters choose the method of hunting Trophy Afghan Urial that they prefer. Hunters of Trophy Afghan Urial can choose the Spot and Stalk method, Bow Hunting, Rifle Hunting, Black Powder, Safari Style Hunting, Handgun, as well as hunting from a Blind. We can accommodate hunters of any age and experience level, as well as hunters which have physical disabilities or may be confined to a wheelchair.

Our Afghan Urial are from a herd of about 50 Ewes and 4-5 Trophy Afghan Urial Rams...the very Best in the World. In January 2010, we shot the new World Record from our herd. The Afghan Urial that we hunt are a minimum of 29 inches and range up to the 32+ inch range, all World Record Caliber.

The Afghan Urial (Ovis vignei cycloceros) is native to mountain areas in parts of Turkmenistan, Uzbekistan, Tajikistan, Afghanistan and Pakistan. The Afghan Urial are found mostly on private ranches in Texas now.

The Afghan Urial's overall color varies from reddish to yellowish-brown, with rump and under-belly white and face can be a bluish-gray.  The Afghan Urial Rams have a white bib and long black ruff on front of their neck.

The Afghan Urial horns are homonymous, triangular in cross section, and strongly wrinkled, curling outwards from the top of their skull turning inwards ending behind the head.  Trophy Afghan Urial will have horn lengths in the upper 27 inch range and up.  The World Record Afghan Urial, taken in 1909, measured 41 1/2 inches.  Female Afghan Urial have small, straight horns.

In their native habitat, mating season begins in September, where Afghan Urial Rams will select 4-5 ewes, who will give birth to one or two lambs after 5 months of gestation. 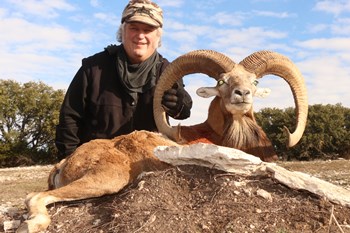 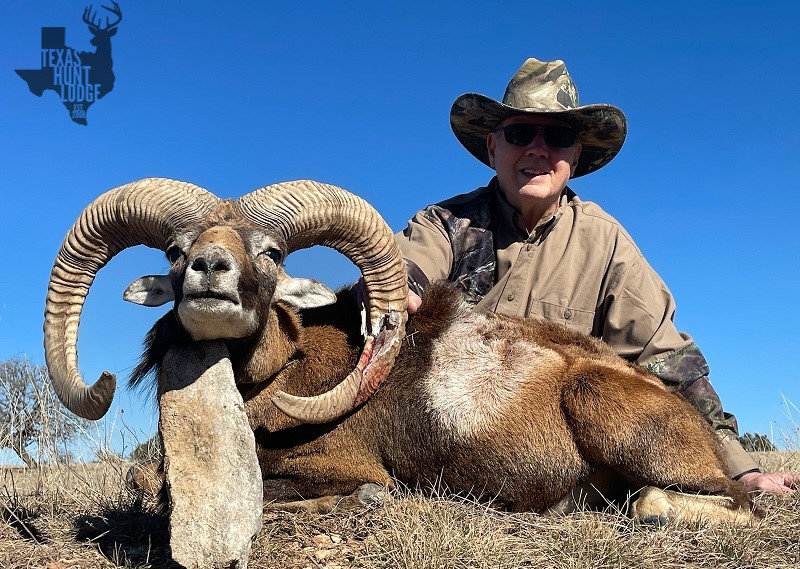 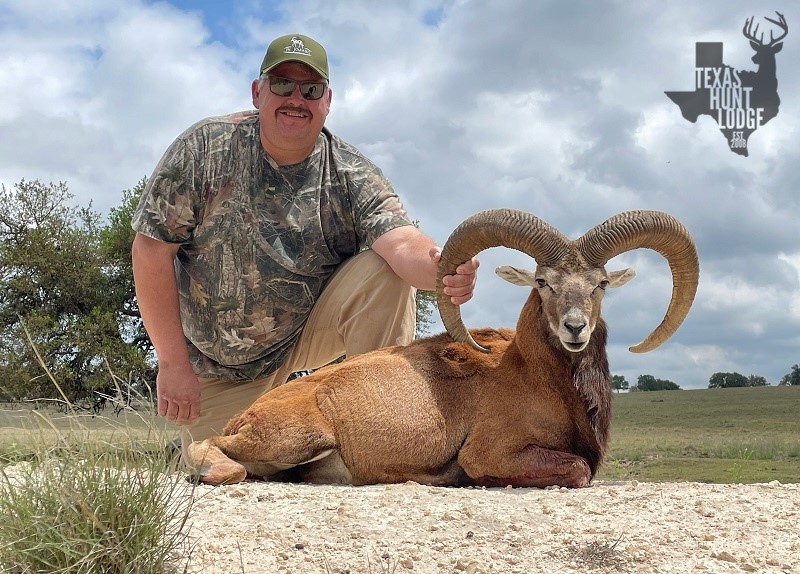 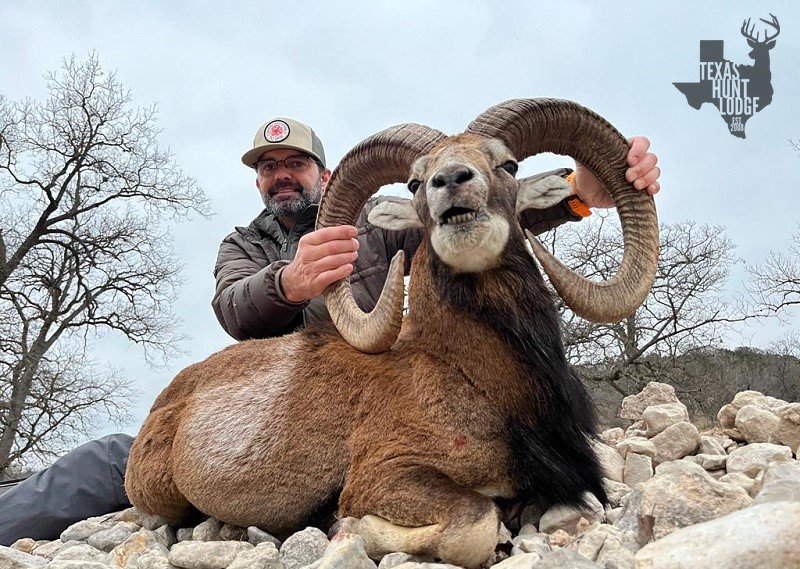 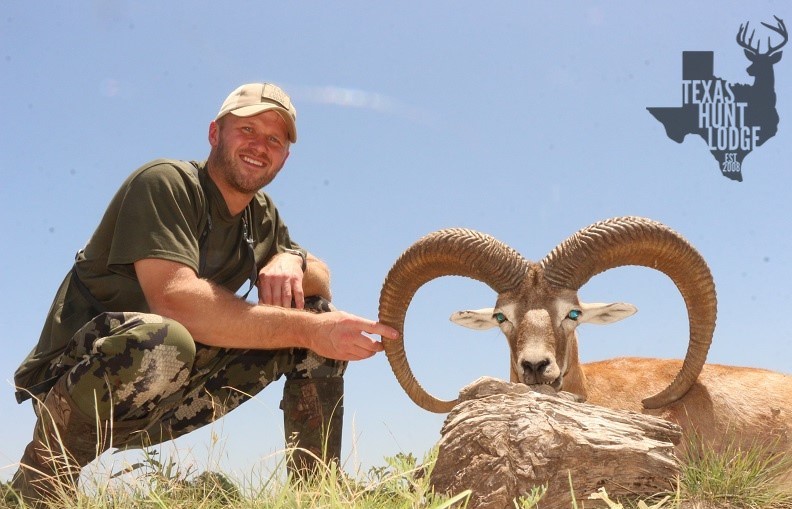 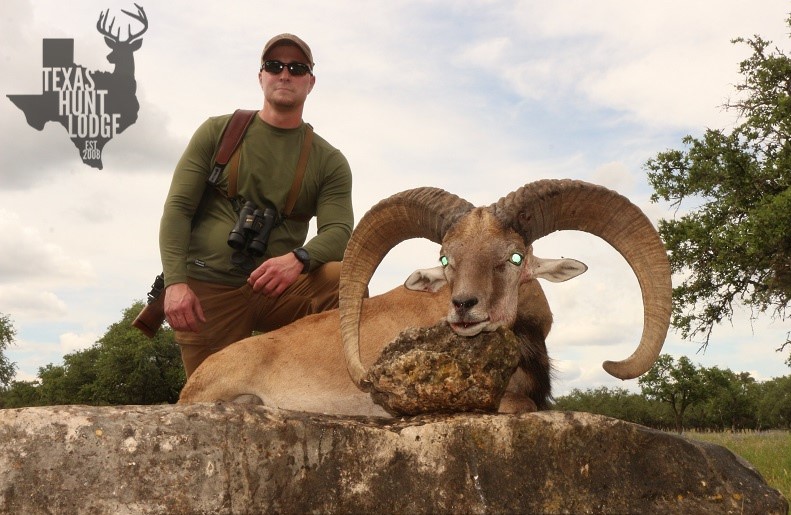 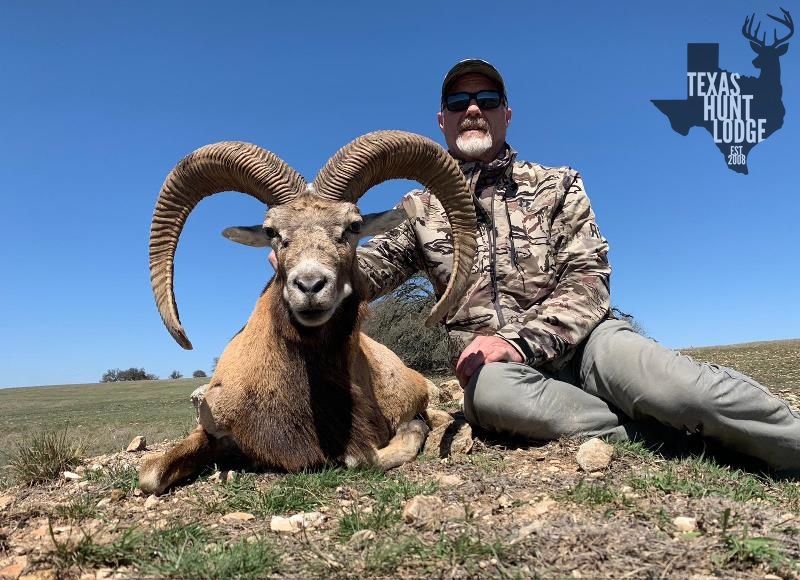 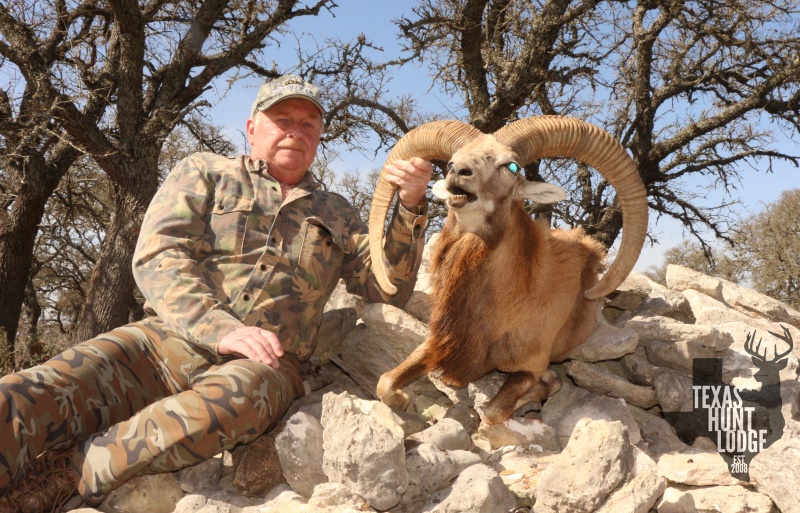 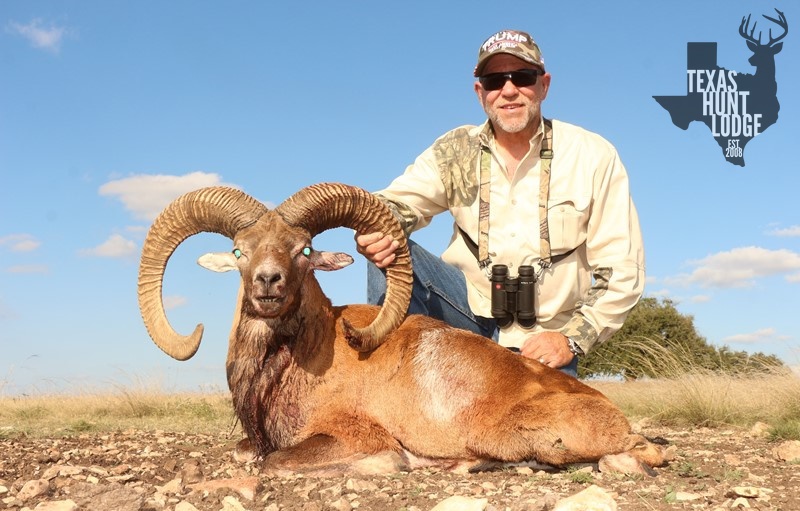 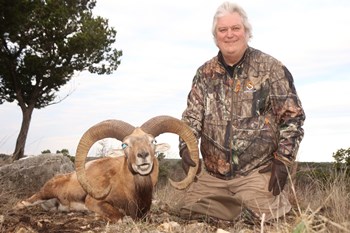 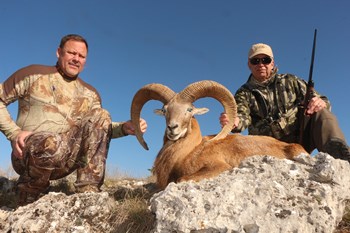 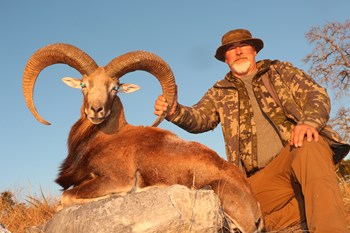 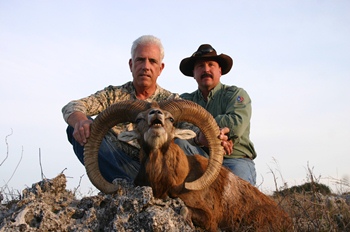 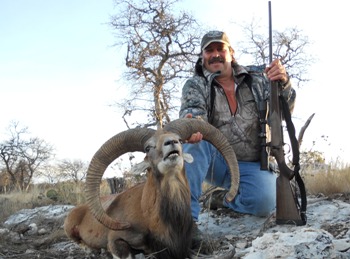 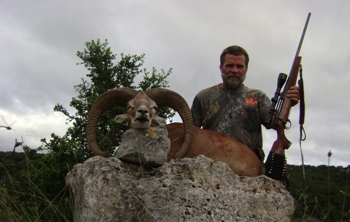 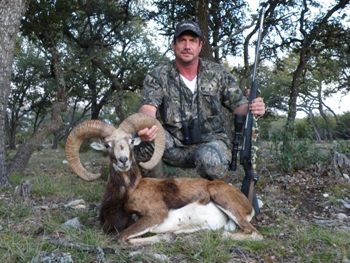 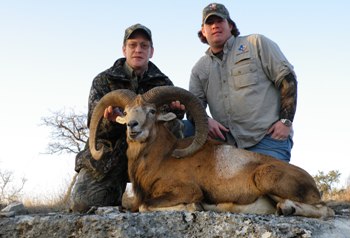 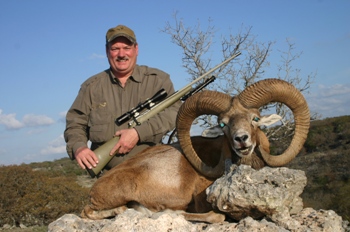 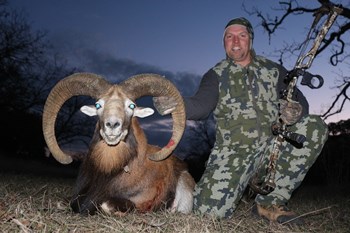 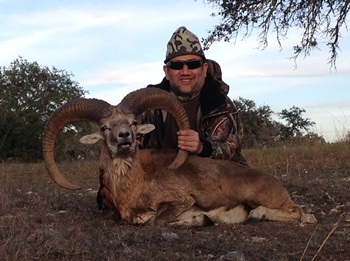