Gemsbok Hunts Texas Hunt Lodge allows the opportunity to hunt and harvest the extremely beautiful Gemsbok you'll want to hang on your wall. Year round, we offer hunts for awesome Trophy Gemsbok. There are no seasonal restrictions on hunting the Gemsbuck in Texas, which makes it a suitable trophy year round.

We typically let our hunters choose the method of hunting Trophy Gemsbok that they prefer. Hunters of Trophy Gemsbok can choose the Spot and Stalk method, Bow Hunting, Rifle Hunting, Black Powder, Safari Style Hunting, Handgun, as well as hunting from a Blind. We can accommodate hunters of any age and experience level, as well as hunters which have physical disabilities or may be confined to a wheelchair.

The Gemsbok that we offer on our Texas Hill Country Ranches are Large Bulls, and sometimes cows, which typically will vary from 35 to 40-inch plus range.  Occasionally, we will have access to some old breeder Gemsbok that will go over 40", so if interested inquire about those "World Record Class Gemsbok" as well.   Most of the Gemsbok were imported from the Kalahari Desert region to Hill Country ranches originally in the 1970's and now are thriving in their new environment...the Top 5 World Record Gemsbok have all come from this Area.

The Gemsbok (Oryx gazella), and endangered Antelope native to the Kalahari Desert Region of Southern Africa, is a desert antelope also known as the Southern Oryx.

The Male Gemsbok typically stands at 46-48 inches shoulder height, and weighs from 400 to 525 pounds. A large, very handsome antelope with a sloping back and striking black-and-white markings. It is heavily built through the chest and shoulders, giving it the appearance of having no neck. Ears are large and rounded. Tail is long and tufted. Overall coloration is a pale grayish-fawn. There is a black dorsal stripe, wide black bands on the flanks, and black markings on the throat, upper legs and rump. Black facial stripes connect with a black band encircling the muzzle. The tail is long and black. The horns (both sexes) are very long and straight and diverge rather widely at the tips, although this varies with the individual. The female is somewhat smaller and has horns that tend to be slimmer, longer and more parallel than the male's, and are sometimes slightly curved.

The Gemsbuck was introduced in the White Sands Missile Range of southern New Mexico between 1969-1977 by the state game department. Conditions there are similar to those in southern Africa and the herd is doing well. Limited permits are available through drawing.

In Texas, the Gemsbok first appeared in 1960 on the Camp Cooley Ranch in Robertson County.  The Top 5 World Record Gemsbok all comes from the Texas Hill Country area, with 21 of the 22 Gold Medal Gemsbok from Texas as well. 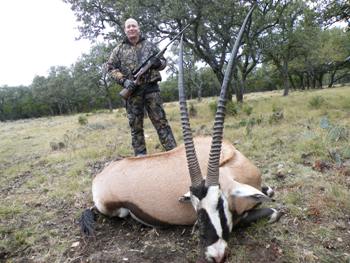 Included with the Gemsbok Hunt Package 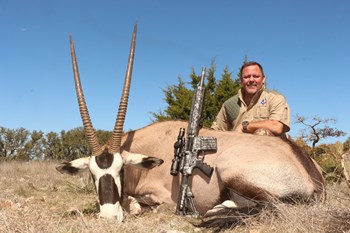 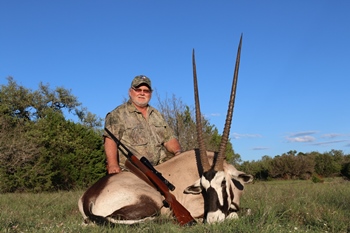 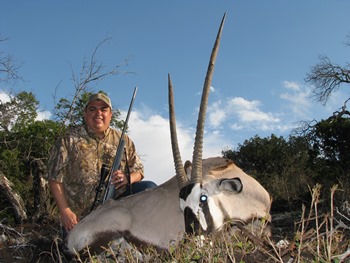 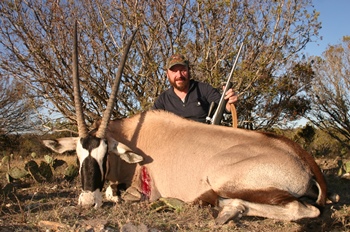 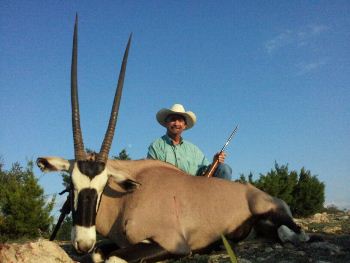 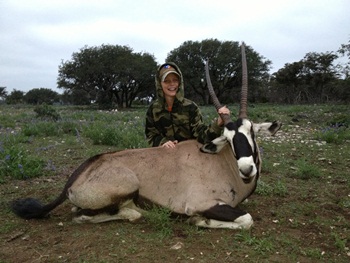 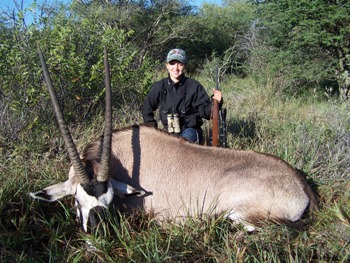 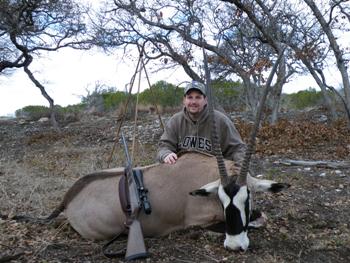 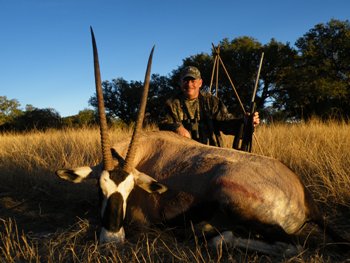 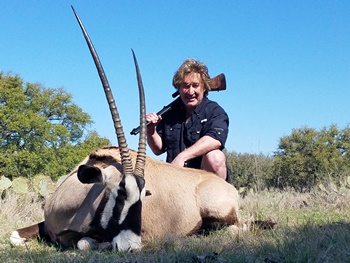 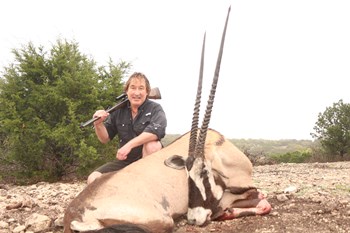 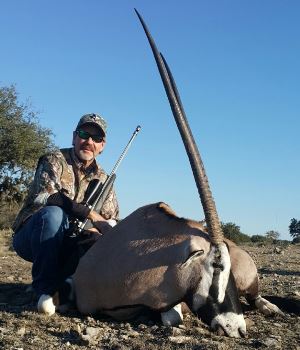 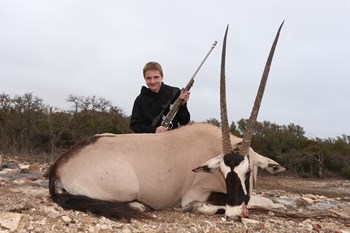 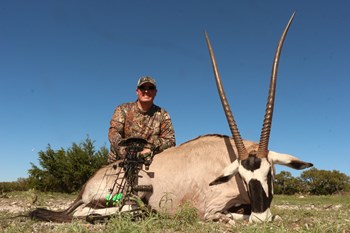 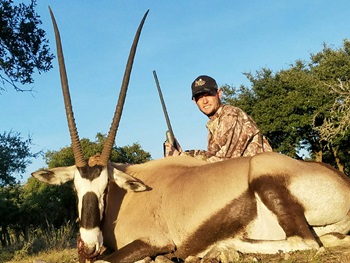 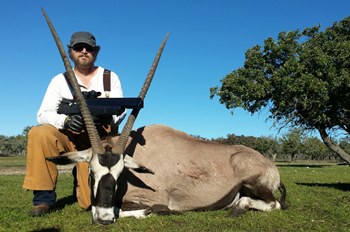 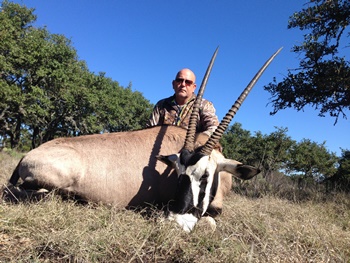 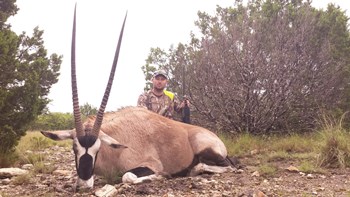 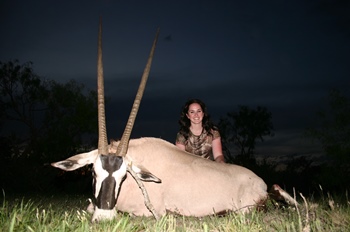