Texas Hunt Lodge takes you to the Rio Grande Valley for our Thermal Night-time Nilgai Hunts. We conduct this Free Range Nilgai Hunt at Night scouting Agriculture Fields in areas such as Cameron and Willacy Counties, down in the Rio Grande Valley of Texas. There are no seasonal restrictions on hunting Nilgai in Texas, which makes it a suitable hunt year round, though we target the Crop Growth season from March until September.  There are literally thousands of Free Ranging Nilgai Bulls and Cows roaming this area which we hunt.  Shots on Nilgai using Thermal or Night Vision are all under 150 Yards with most being under 100 yards.

Our Thermal Nilgai hunt typically begins around 10:00pm at night and might last until 4:00am if we're not successful the first evening.  We typically ask our clients to book for 2 nights.  We provide the Rifles and Thermal Scopes for this hunt, and of course, you may bring your own Night Vision or Thermal Set up if you choose.  Otherwise, you simply need a Texas Hunting License and coolers to take home your meat and cape/horns. Both Nilgai Bulls and Nilgai Cows are available on this hunt.

We do not charge a Daily Rate for this hunt, only a small non-refundable deposit, then the balance is due after you are successful on the Nilgai Thermal Hunt.  We can arrange your hotel/motel room in the Harlingen, Texas area, but meals are on your own during this hunt (there are many restaurant options in Harlingen). We can also arrange houses located along the Coastal area so that you can saltwater fish when you're not hunting (Fishing Boat and Guide is extra). South Padre Island is also only about 30 miles from this hunting area.

This hunt is limited to (2) Hunters at a time, as we are driving in the same truck most of the evening scouting for Nilgai Bulls and Nilgai Cows across a large area.  We might drive 100 miles in a single evening.  You do have the option of choosing if you want to hunt just a Nilgai Bull, or you can make it a combination hunt for a Bull and a Cow.

Disclaimer: This hunt is Free-Range and Wounded Game not recovered will be charged as Harvested Nilgai. You do pay if you wound a Nilgai Bull or Cow and it is not recovered.

Nilgai Meat is some of the best you will ever taste.  Also called South Texas Antelope, Nilgai meat is lean and has a veal type taste to it.  Exotic Meat Providers sell this meat for $10 to $20 per pound.

Nilgai, originally from India, were introduced to the King Ranch in the 1930's.  Today, tens of thousands of Nilgai roam free range from Corpus Christi into the Lower Rio Grande Valley of Texas. 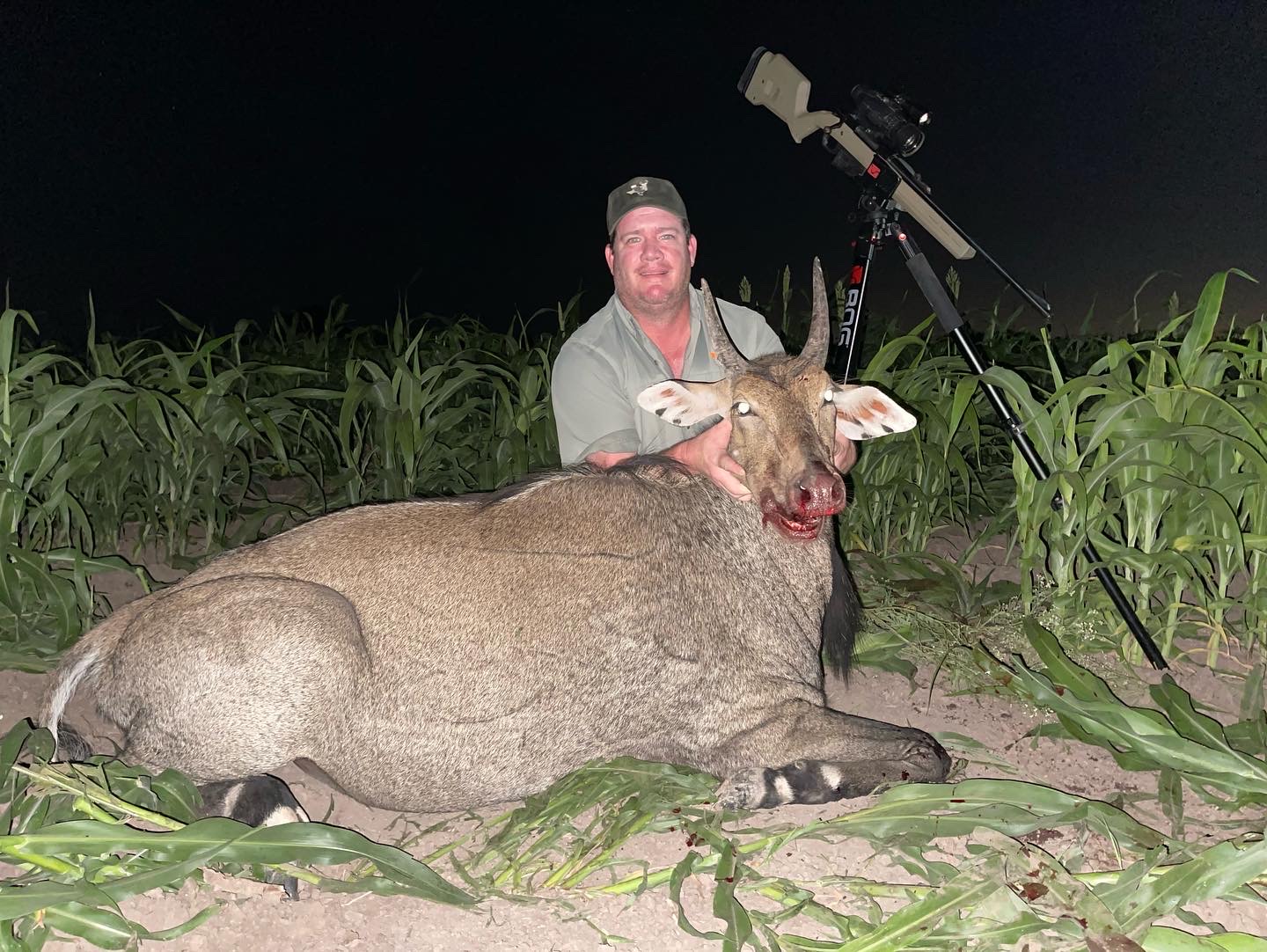 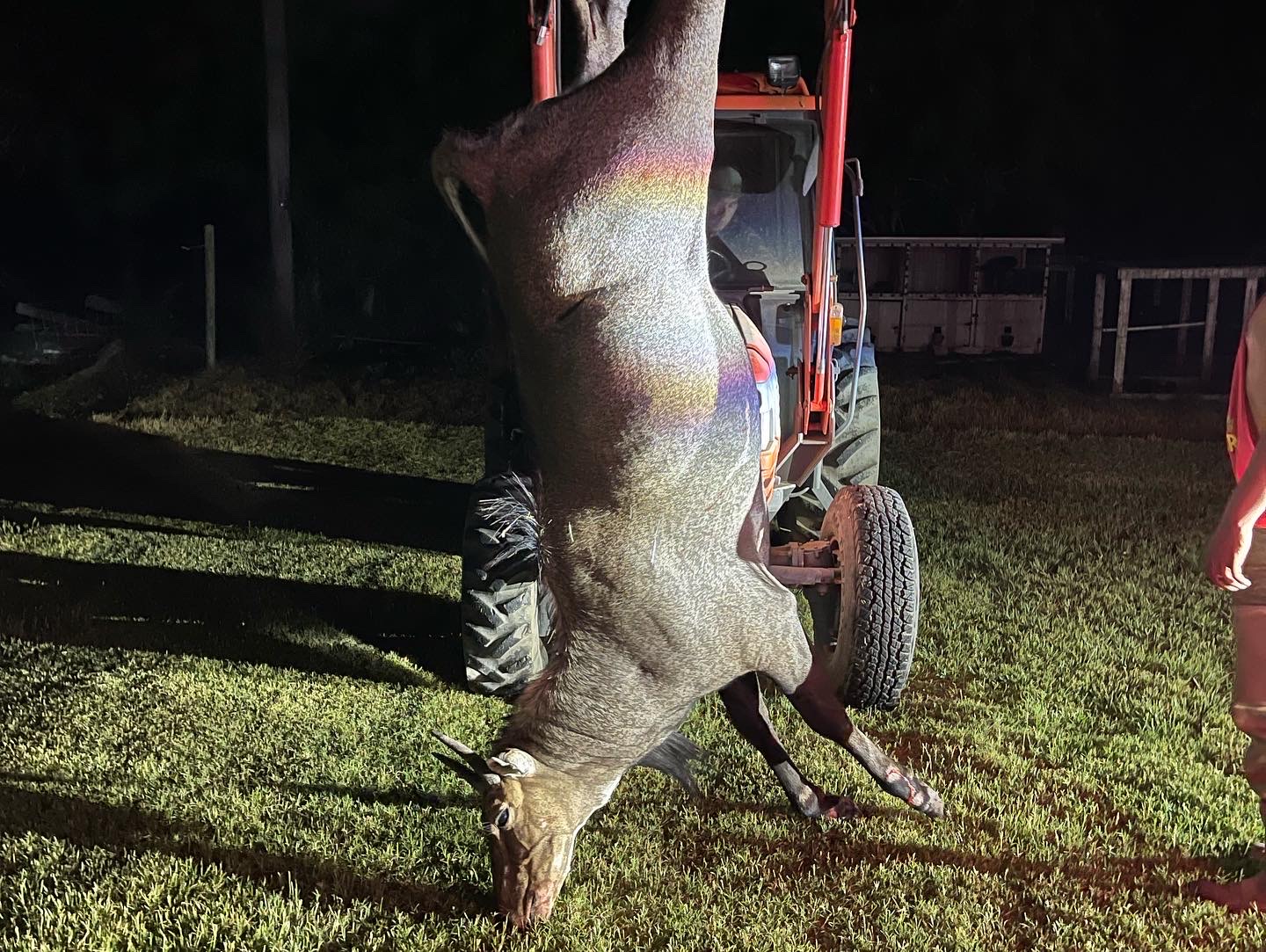 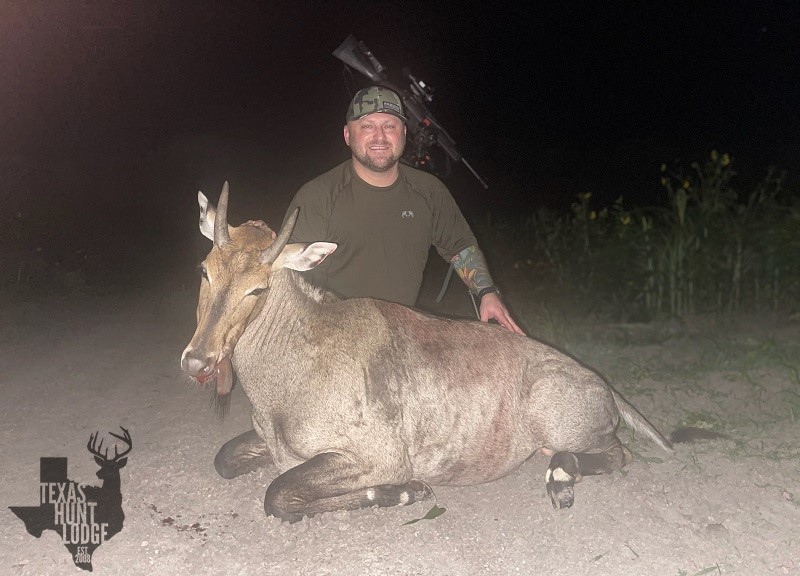